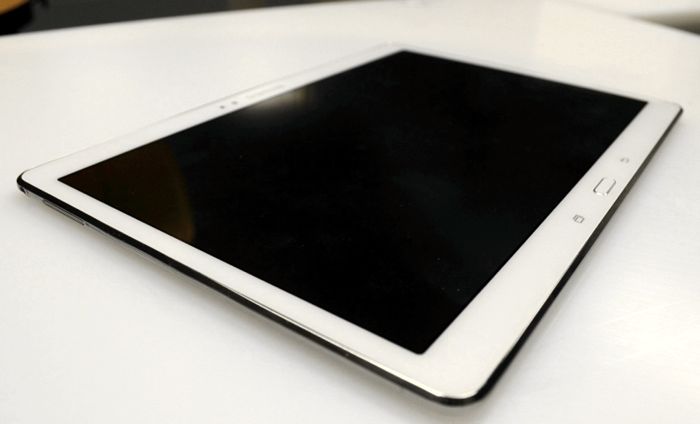 Samsung will launch two new tablets at a press event next month, the Samsung Galaxy Tab S 8.4 and the Galaxy Tab S 10.5, we have already seen a number of photos of the 10.5 inch version of the tablet.

Now the Samsung Galaxy Tab S 8.4 has turned up in the AnTuTu benchmarks, and the database has confirmed some details on this new 8 inch Android tablet from Samsung.

Other specifications on this new Android tablet from Samsung will include 3GB of RAM and 32GB of built in storage, the device will also come with Android 4.4 Kit Kat. 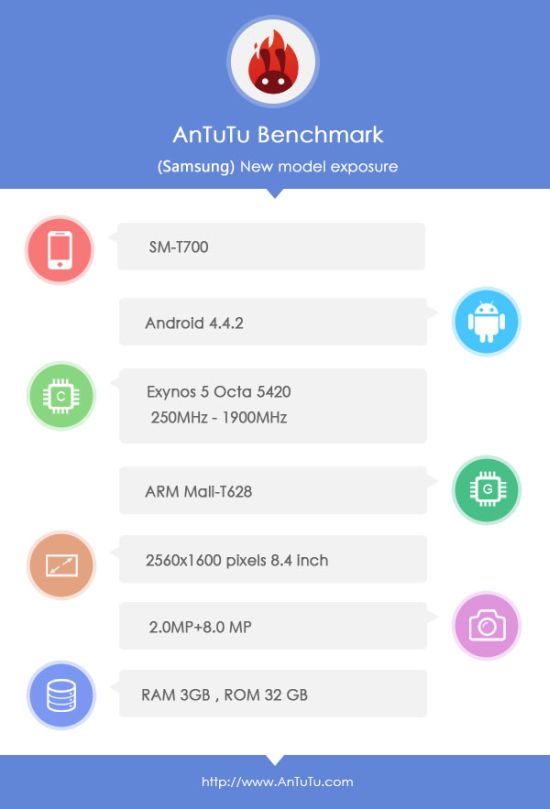 Just like the 10.5 inch version, the Samsung Galaxy Tab S 8.4 will feature a 2 megapixel front facing camera and an 8 megapixel rear camera.

The 8.4 inch display on the Galaxy Tab S is said to be a Super AMOLED display, we should have more details about both tablets at Samsung’s press conference on the 12th of June.