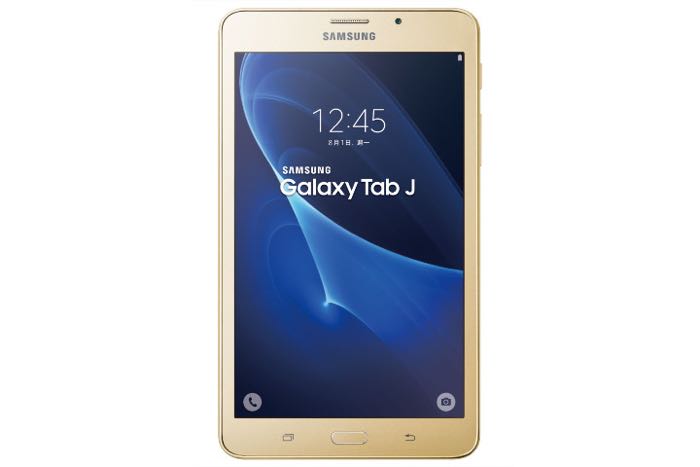 Samsung has announced the launch of a new tablet in Taiwan, the Samsung Galaxy Tab J and the device will go on sale in Taiwan in August.

The Samsung Galaxy Tab J is equipped with a 7 inch WXGA display that has a resolution of 1280 x 800 pixels and it will be powered by a quad core processor clocked at 1.5GHz.

Other specifications on the tablet will include 8GB of built in storage and a microSD card slot which supports up to 200GB cards.

The handset will feature a 2 megapixel front camera for video calls and an 8 megapixel rear camera for photos and videos. The device will also come with WiFi, Bluetooth an FM Radio and Android 5.1 Lollipop.

When the Samsung Galaxy Tab J launches in Taiwan in August it will retail for the equivalent of around $90.