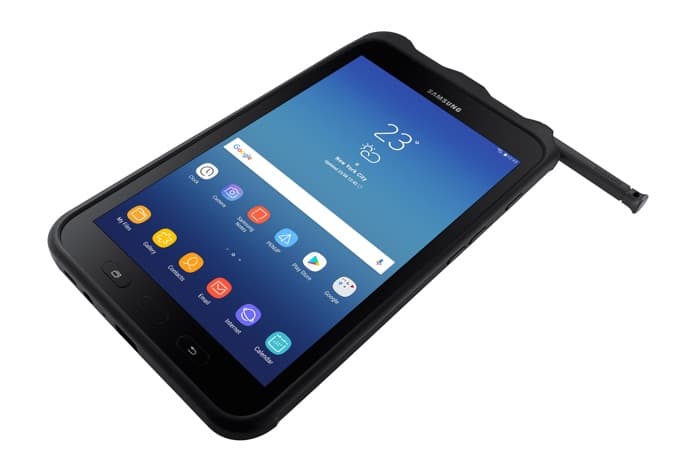 Details about a new rugged tablet from Samsung have been discovered, the device comes with the model number SM-T545 and it will apparently launch as the Samsung Galaxy Tab Active Pro.

The Galaxy Tab Active Pro is rumored to come with a 10.1 inch display, the previous two models had 8 inch displays.

The tablet is rumored to be powered by a Qualcomm Snapdragon 710 processor and it will come with 4GB of RAM, those are the only details we know about the tablet so far.

As soon as we get some more information about this new Galaxy Tab Active tablet from Samsung, we will let you guys know.