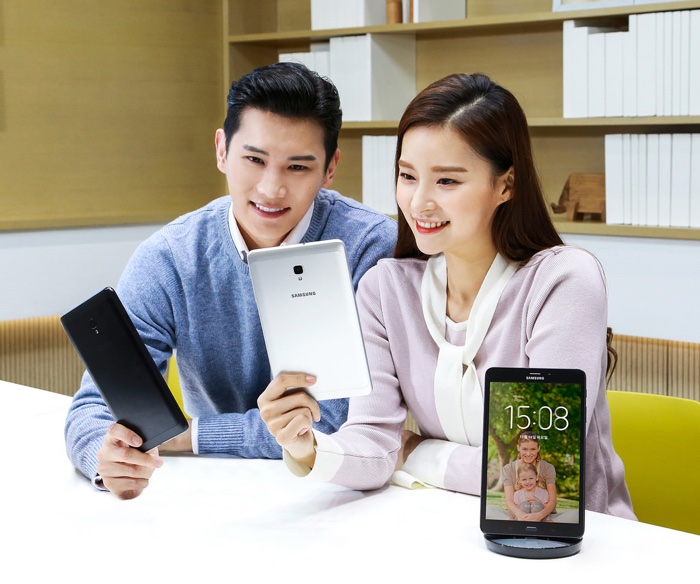 Samsung has launched its new Samsung Galaxy Tab A 8.0 tablet in South Korea and the tablet comes with Bixby Home. There are two models of the device available one with WiFi and the other with 4G LTE.

Bixby Home is the card based contextual version of Samsung’s digital assistant and the tablet come with a 8 inch display that features a WXGA resolution of 1280 x 800 pixels. The device features a quad core 1.4GHz processor.

Other specifications on the Samsung Galaxy Tab A include 2GB of RAM and 16GB of of included storage. If you need some more storage there is also a microSD card slot which takes up to a 256GB card.