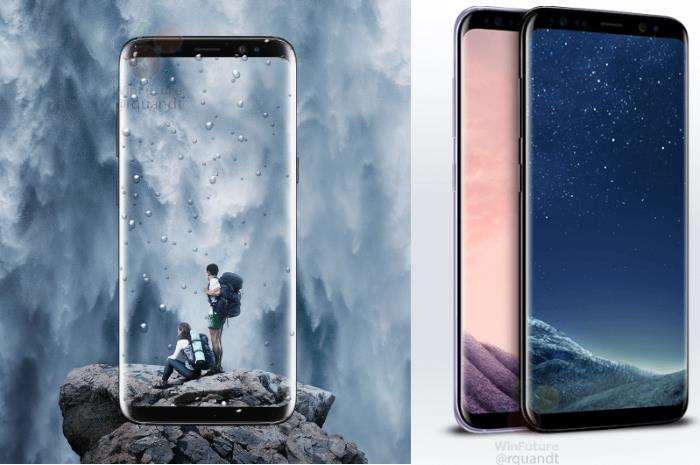 Samsung Galaxy S8 launch is just a few days away, and more images and details have surfaced about the handset.

Recently, the official press images and information of the Galaxy S8 and Galaxy S8+ have surfaced on the internet, confirming most of the things we already know about the devices.

Thanks to the folks at WinFuture, the complete image set as well as the specifications of both handsets is now available — most of it we already know.

According to the report, the Samsung Galaxy S8 is expected to come with a 5.8-inch display while the Plus version will ship with a 6.2-inch display. The Galaxy S8 and S8+ will come with a 3,000 mAh and 3,500 mAh battery, respectively.

Rest of the specifications are the same: there’s a Exynos 8895/Snapdragon 835 processor paired with 4GB of RAM, 64GB of internal storage, a 12mP camera for photos and videos, an 8MP front-facing camera, and Android 7.0 Nougat as its operating system. Connectivity options include 4G LTE, dual-band Wi-Fi ac/a/b/g/n, Bluetooth 4.2 (with apt-X and LE), GPS, NFC, USB Type-C. As for the pricing, the Galaxy S8 is rumored to cost €799 while the Galaxy S8+ is expected to carry a €899 price tag.

The handset launches in multiple color options, including Black, Blue, Gold, Orchid Gray, and Silver, with the accessories accompanying the device will be in same color options.

Samsung is expected to launch the handsets on March 29th at a press event in New York. We’ll update you as soon as the official availability details are revealed.