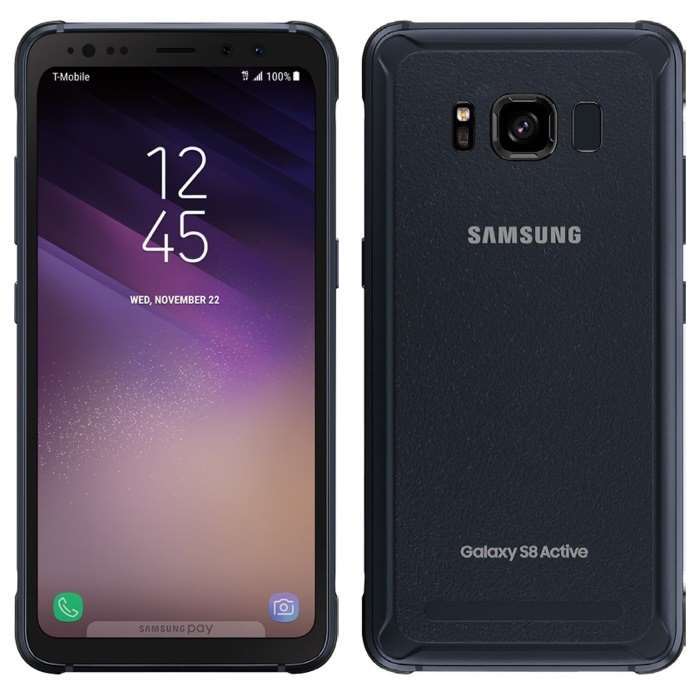 Earlier this month, the prolific Twitter leaker Evan Blass reported that the ruggedized version of the Galaxy S8 will soon break AT&T exclusivity and will launch on T-Mobile.

Recently, the Evan Blass shared a press render of the alleged Galaxy S8 Active running on T-Mobile — shows the carrier logo on the top right corner of the screen as shown above.

The 4G Logo on the display also matches the one found on T-Mobiles handsets, while AT&T has a slightly rounded one. Also, the date on the screen mentions November 22nd, which could possibly be the launch date of the handset on the Magenta carrier.

As mentioned before, the T-Mobile version is expected to come with model number SM-G892T (compared to AT&T which is G892A).

The handset comes with a 5.8-inch display sporting a resolution of 2960 by 1440 pixels resolution, a Snapdragon 835 processor paired with 4GB of RAM and 64Gb of internal storage coupled with a microSD card slot. There’s a 12MP camera for photos and videos, 8MP front-facing camera, a monstrous 4,000 mAh battery and ships with Android 7.0 Nougat.