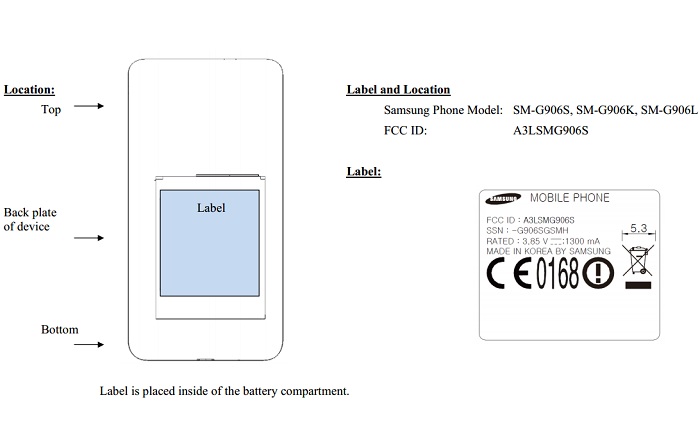 Samsung is said to be working on a premium version of the Galaxy S5, known as the Galaxy S5 Prime, which will come with better specifications, and a metallic design, as per rumors.

The Galaxy S5 Prime has leaked extensively in the past few weeks. The handset was even certified by the Bluetooth SIG a few weeks back, and now, it has passed the FCC.

The listing on the FCC didn’t reveal too much detail about the alleged Samsung Galaxy S5 Prime, but it did mention that the handset supports LTE Band 5 and 17. For those of you who don’t know, none of the US carriers support this band, so it could be the Korean version, for three big Korean carriers — SK Telecom, KT and LG U+.

The purported device is rumored to come with a 5.1-inch display sporting a resolution of 2560 x 1440 pixels, a quad-core Snapdragon 805 SoC with Adreno 420 GPU and 3GB of RAM on board.

Other rumored features include 32GB internal storage with a microSD card slot, 16MP camera for photos and videos, a 2MP front-facing camera, 2,800 mAh battery with ultra power saving mode and should come with Android 4.4.2 Kitkat as its operating system.

There’s no word from Samsung about its launch, but we’ll update you as soon as it gets official.