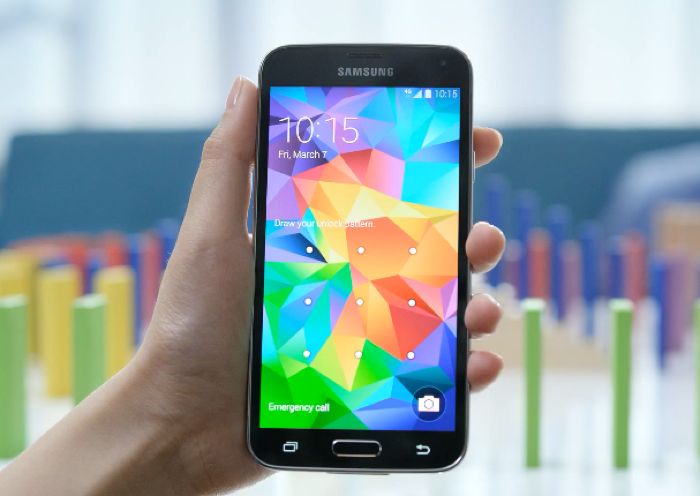 As well as the new Galaxy S5 Prime and Galaxy S5 Mini, Samsung will also launch another version of the handset, the Samsung Galaxy S5 Active.

The Samsung Galaxy S5 Active has recently appeared in the AnTuTu benchmarks, and the benchmarks have revealed that the handset will come with similar specifications to the S5.

The Samsung Galaxy S5 Active will be a more rugged version of the Galaxy S5, and it will come with the model number SM-G870A, and will feature a quad core Snapdragon 801 processor with a clock speed of 2.5GHz.

Other specifications on the Galaxy S5 Active will include 2GB of RAM and an Adreno 330 GPU, the device will also come with 16GB of built in storage. 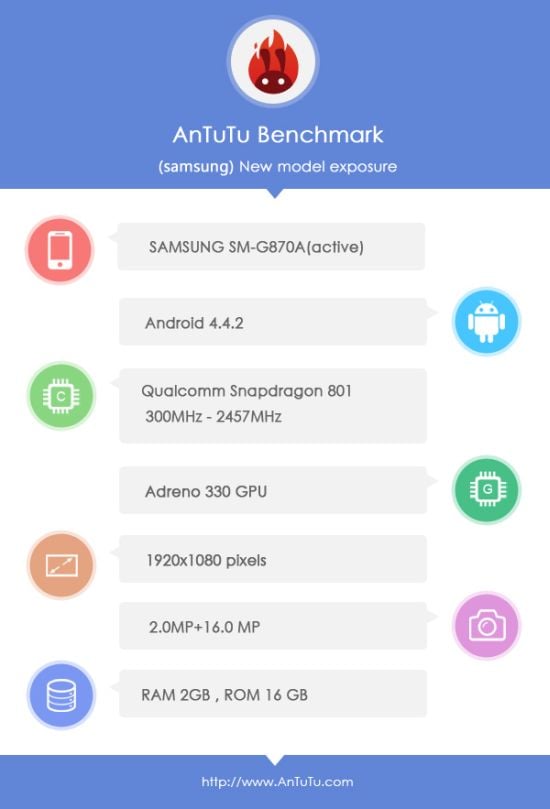 The Samsung Galaxy S5 Active will feature a 5.1 inch full HD display with a resolution of 1920 x 1080 pixels, as yet it is not known whether the display will be an AMOLED display or an LCD display.

The device will also come with a 2 megapixel front facing camera and a 16 megapixel rear camera, plus Android 4.4 Kit Kat, plus Samsung’s TouchWiz UI. 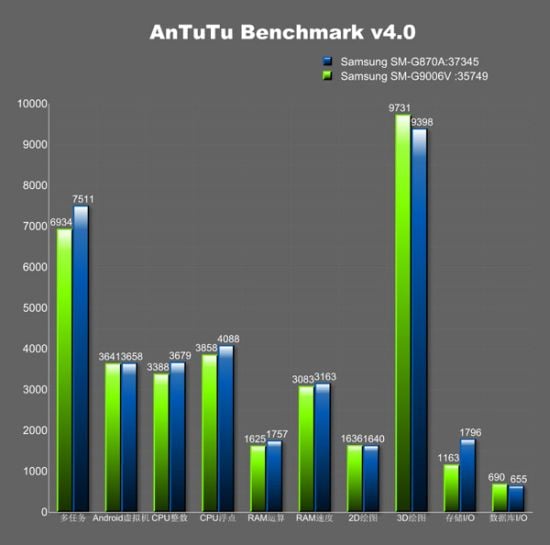 As the Samsung Galaxy S5 is already designed to be waterproof, we can expect the S5 Active to come with a more rugged casing than the existing device to protect it from knocks and bumps, and we suspect it will conform to higher standards for waterpoofing than the Galaxy S5.