The guys over at Recombu have put together a comparison of the cameras on the Samsung Galaxy S4 vs HTC One, to see which of these two smartphones performs best taking photos in low light.

As well as comparing the Samsung Galaxy S4 vs HTC One, they also compared the cameras on the Nokia Lumia 720, Nokia Lumia 920 and Sony’s new flagship device, the Sony Xperia Z. 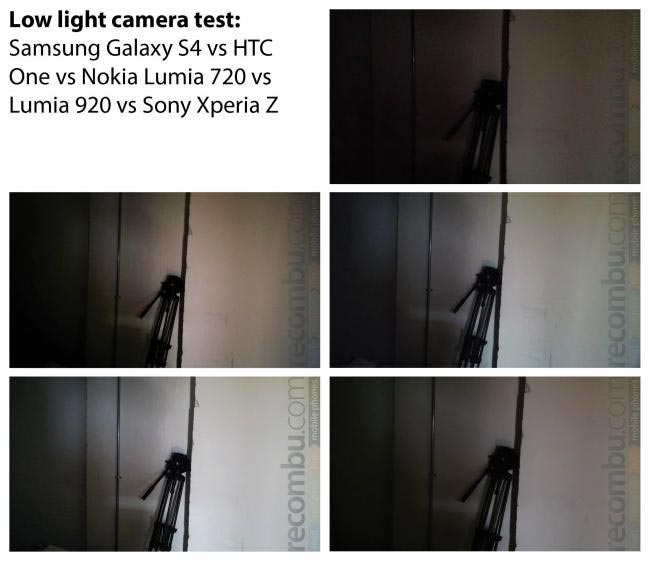 What better way to spend a Friday afternoon than with a low light camera comparison of the hottest phones of the moment? Which phones are we talking about? The crowned king of low-light, the Nokia Lumia 920, the Samsung Galaxy S4, HTC One, Nokia Lumia 720 and the Sony Xperia Z.

Head on over to Recombu to find out which of these devices performs the best for taking photos in low light, and also have a look at the photos from each device.