We recently heard that the Samsung Galaxy S4 Android 4.3 test firmware had been leaked, and now it would appear that a more recent version of the software has been leaked.

According to Sammobile, this latest version of the Samsung Galaxy S4 Android 4.3 test firmware is very closed to the final version, and is in fact one of the final builds of the firmware. 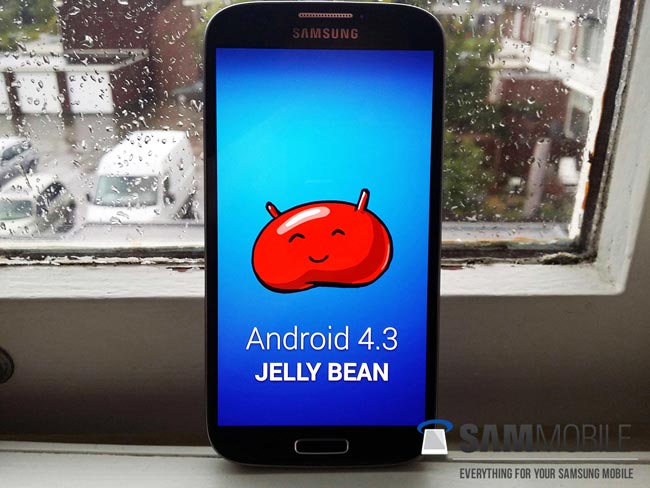 This version of the Android 4.3 Jelly Bean firmware for the Samsung Galaxy S4 is apparently very similar to the last one that was leaked, with no major changes, apart from a few bug fixes.

The Samsung Galaxy S4 Android 4.3 software update is expected to be made available to download some time in the next one to two weeks, this has yet to be officially confirmed by Samsung.

We suspect the update will be rolled out to unlocked versions of the Samsung Galaxy S4 initially, with the update coming from the various mobile carriers after that.

As soon as we get some sort of official confirmation from Samsung on exactly when the Samsung Galaxy S4 Android 4.3 Jelly Bean update will be released, we will let you guys know.