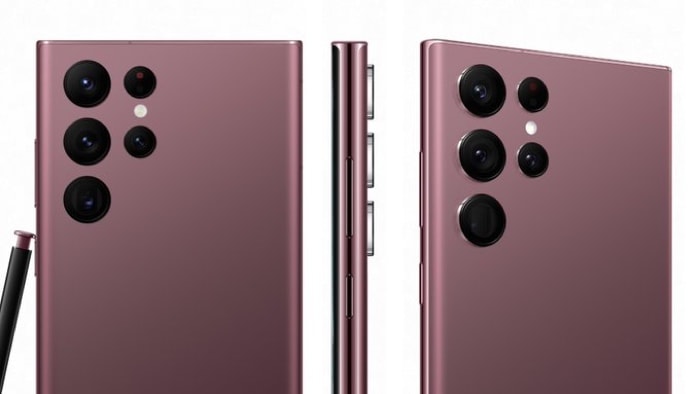 The Samsung Galaxy S22 Ultra and the other Galaxy S22 handsets are coming next month, Samsung is holding a press event on the 9th of February.

Now we get to have a look at the camera setup on the top model, the Samsung Galaxy S22 Ultra in a new photo that was posted on Twitter by Ishan Agarwal.

Do you like the camera bump design? It’s growing on me for sure. I think some would still prefer the S21 Ultra’s leaf-shaped design.#GalaxyS22Ultra #GalaxyUnpacked #SamsungUnpacked #Samsunghttps://t.co/9CSm9W6Z1E

The device will be powered by either the new Qualcomm Snapdragon 8 Gen 1 or the Samsung Exynos 2200 processor depending on the region and it will come with a range of RAM and storage options.

The handset will have a range of high-end cameras which will include a front-facing 40-megapixel camera for taking Selfies and for making video calls. On the back of the device there will be a 108 megapixel Super Clear Lens main camera and a 12-megapixel ultrawide camera, there will also be two 10 megapixel telephoto cameras. It will also come with a 5000 mAh battery and an IP68 rating.