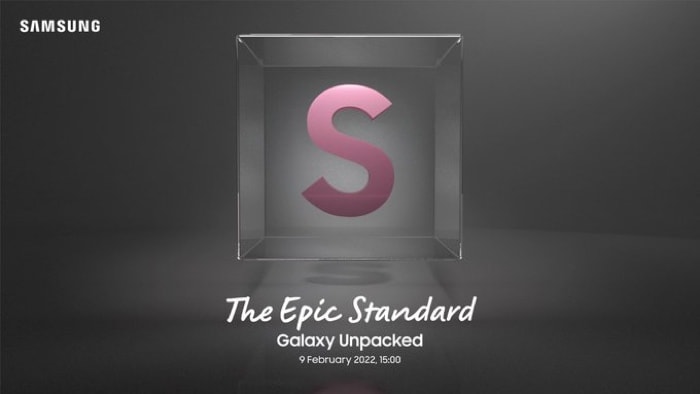 Samsung recently confirmed that they would be launching their new Galaxy S22 flagship smartphones at a press event in February, we now have a date for the event.

The 2022 Samsung Galaxy Unpacked press event will take place on Wednesday the 9th of February 2022 at 3 PM.

The picture above was posted on Twitter by Evan Blass and it looks like an official press invites from Samsung. As yet the date has not been confirmed by Samsung, but we can expect that sometime soon.

Samsung will be unveiling a range of new devices at the event, this will include the new Galaxy S22 lineup and also the new Samsung Galaxy Tab S8 range of tablets.

We already know lots of details about the new Galaxy S22 range, yesterday we heard some pricing on the handsets. There will be three models available, the Galaxy S22, Galaxy S22+, and the Galaxy S22 Plus.

The handsets will feature different processors in different countries, some will come with the Samsung Exynos 2200 processor, and others the Snapdragon 8 Gen 1 processor. We are also expecting more RAM than the current devices and also a range of camera updates. We are looking forward to seeing all the new devices from Samsung at the event next month.