We are expecting Samsung to announce their new Galaxy S III smartphone some time over the next couple of months, and now it looks like we may have a possible date for the announcement.

The photo below is apparently a leaked press invite for the Samsung Galaxy S III launch event, we are not sure if it is real or not but it has appeared on quite a few Korean publications, including Yahoo News. 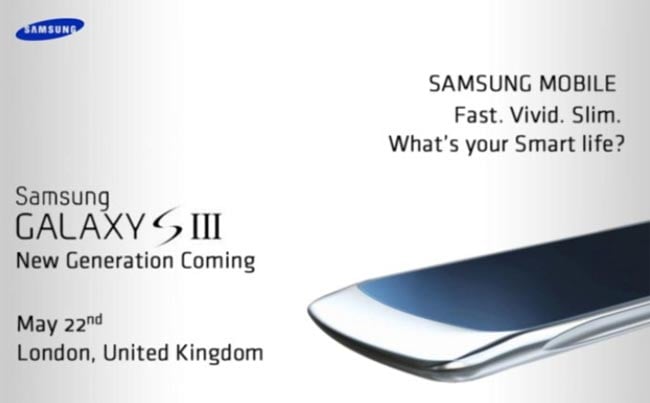 As soon as we get some information from Samsung that this date is the actual special event date for the Samsung Galaxy S III we will let you guys know.