Samsung’s latest Android flagship smartphone the Samsung Galaxy S II is the first to be equipped with a new Mobile High-Definition Video Link (MHL) port. The new port has been created by a consortium of mobile manufactures including: Nokia, Samsung, Toshiba, Sony, and Silicon Image.

The new MHL port is a micro-USB sized connection which can identify the data thats being passed through it whether it be USB or MHL impedance and then automatically switches the phone into USB data/charging or MHL audio/video/charging modes. Watch the video after the jump to see the new MHL port in action and a run through of its features. 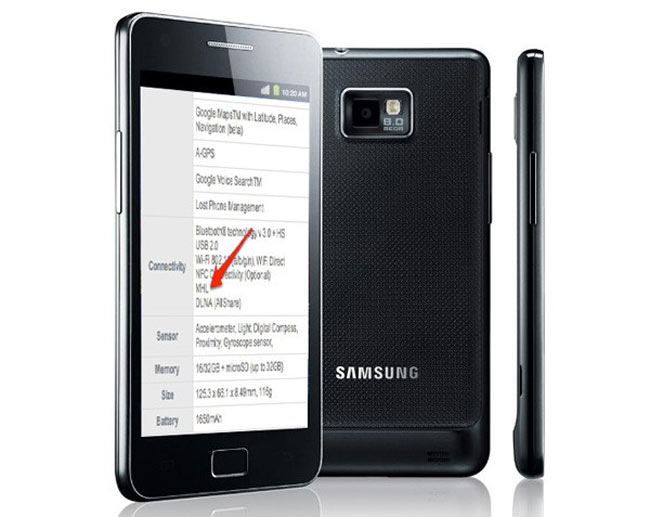 A special 5-wire micro-USB to HDMI cable connects to the MHL port and allows you send video and audio to existing HDMI-equipped displays. Once the smartphone is connected, you can then use your TV’s HDMI-CEC compatible remote to control and navigate the menus on the Samsung Galaxy S II.