It looks like we have some details of one of the new Galaxy smartphones that Samsung will be showing off at MWC 2012 next month, the Samsung Galaxy S Advance i9070.

The Samsung Galaxy S Advance is reported to come with higher specifications that the original Galaxy S device, but is aimed to be more budget friendly than the Galaxy S II. 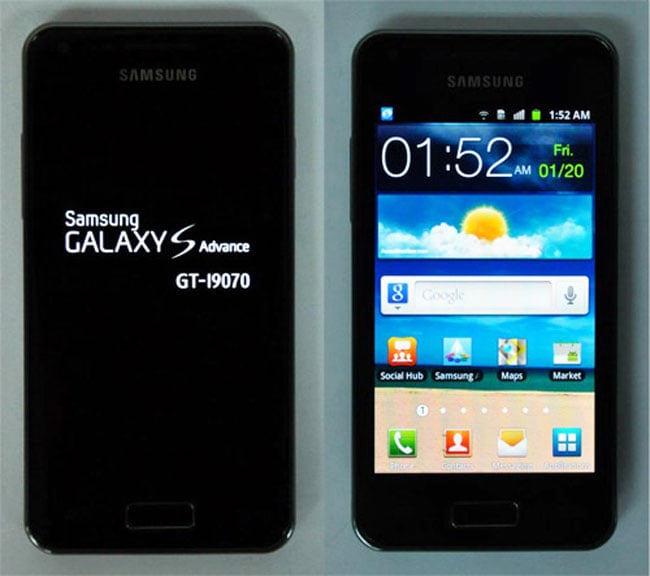 The Galaxy S Advance is rumored to feature a dual core 1GHz processor, and a 4 inch curved Super AMOLED display with a resolution of 800 x 480 pixels, plus a 5 megapixel camera.

The camera will be able to record high definition video in 720p, and the device sill also come with a 1500 mAh battery, plus Android 2.3.6, have a look at the video of it in action below.

The Samsung Galaxy S Advance i9070 is expected to be officially announced by Samsung at MWC 2012 next month, there are no details on pricing as yet.