Samsung have unveiled their latest new Android phone the Samsung Galaxy Pro which is equipped with 2.8 inch touchscreen in landscape layout and has a full QWERTY keyboard. Its been designed to target Blackberry users who still prefer a keyboard rather then a touchscreen keyboard as used on most of todays popular smartphones.

Its powered by a 800Mhz processor and is equipped with a 3 megapixel camera positioned on its back. Watch a brief video of the new features on the Samsung Galaxy Pro that will soon be arriving on the Three network in the UK. 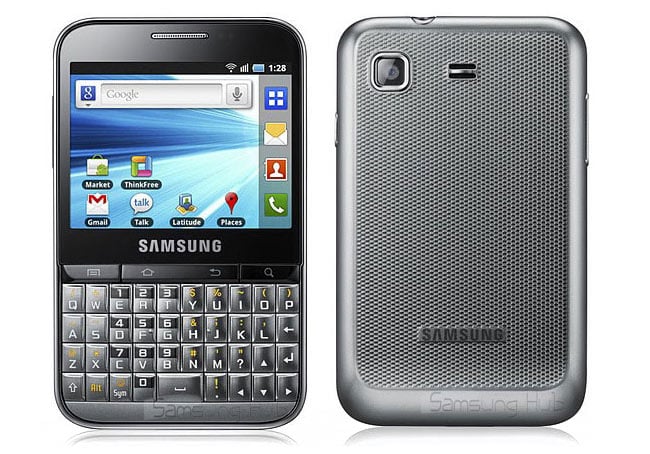 As far as connectivity goes the new Samsung Galaxy Pro is HSPA and WiFi and it will be running Android 2.2 Froyo when it arrives and will also have Samsung’s Social Hub Premium.

Unfortunately no information on pricing or worldwide availability has been released as yet, but as soon as it becomes available we will let you know. But as you can see by on the video below it will so