As you can see from the results below and the screenshot taken above the new Samsung Galaxy Note II which is equipped with a powerful 1.6GHz Quad-Core processor, has blown away the older Galaxy Note. 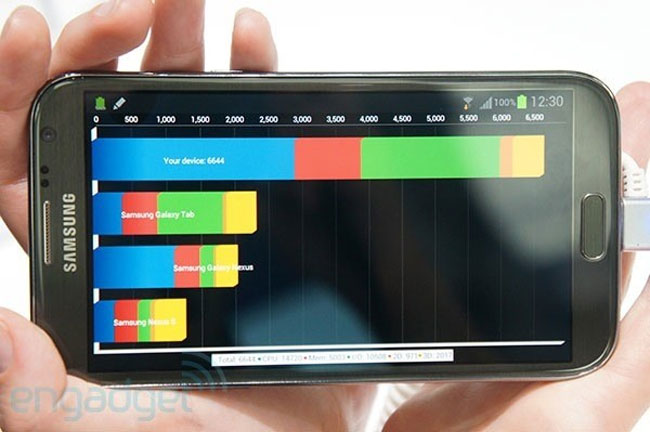 As well as beating the international version of the Samsung Galaxy S III, which is fitted with a quad-core 1.4Ghz Exynos processor. Engadget explains:

“We put the device to the test today to see how those amped-up insides reflect in the Note II’s benchmark scores. As you’ll see below, Sammy’s latest handset fares significantly better than the original Note and the Galaxy S III.” 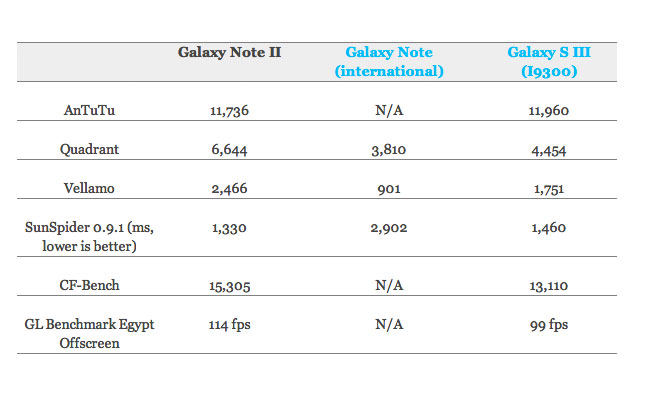