The Samsung Galaxy Note was announced at last weeks IFA, and for anyone wondering how powerful the device is, the guys over at Greek site Techblog managed to run Quadrant on the device whilst it was at IFA.

The Samsung Galaxy Note ended up with a score of 3,624, this compares to 3,152 on the Samsung Galaxy S II, which would make it one of the fastest Android smartphones that we have seen so far, the video below shows the device in action. 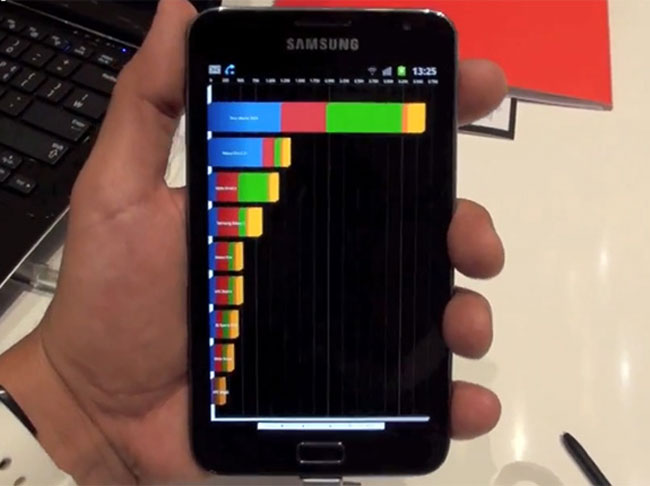 The Samsung Galaxy Note features a dual core 1.4GHz processor, and from the looks of the benchmark this is one of the fastest processors we have seen so far, it also comes with a 5.3 inch Super AMOLED display with a resolution of 1280 x 800 pixels and Android 2.3 Gingerbread.