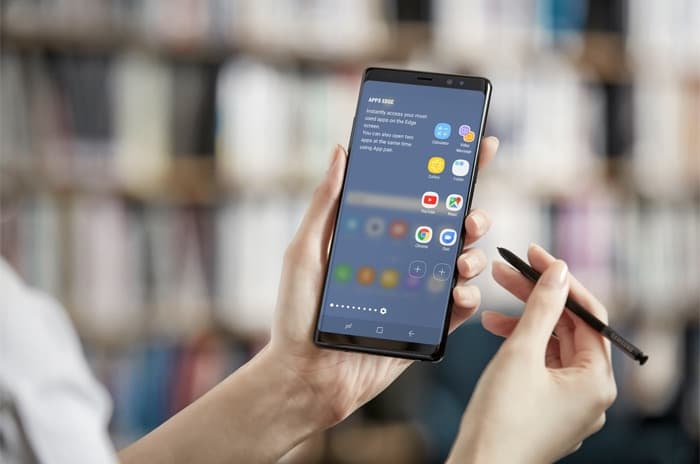 The new Samsung Galaxy Note 9 will be launching in just over a month, Samsung are holding a press conference for the handset on the 9th of August.

We previously heard that the handset would come with a new Samsung S Pen which would have a range of new features, now it looks like we have some more information on the updated S Pen.

The new S Pen for the galaxy Note 9 will apparently be used to control music on the handset and work like a remote control.

The Galaxy Note9 SPen can be used to control long-range self-timer, control music playback, because it is a Bluetooth device, it will do something unrelated to the pen. pic.twitter.com/WPS83xUskq

The design of the new Samsung Galaxy Note 9 is said to be similar to that of the Galaxy Note 8, although the handset will get a number of hardware upgrades. The device is rumored to come with a Snapdragon 845 or a Samsung Exynos 9810 processor depending on the region, plus handset up to 8GB of RAM and up to 512GB of included storage.

We will have more details on this new Galaxy Note 9 smartphone when Samsung makes it official next month. The device is also expected to go on sale some time in August.