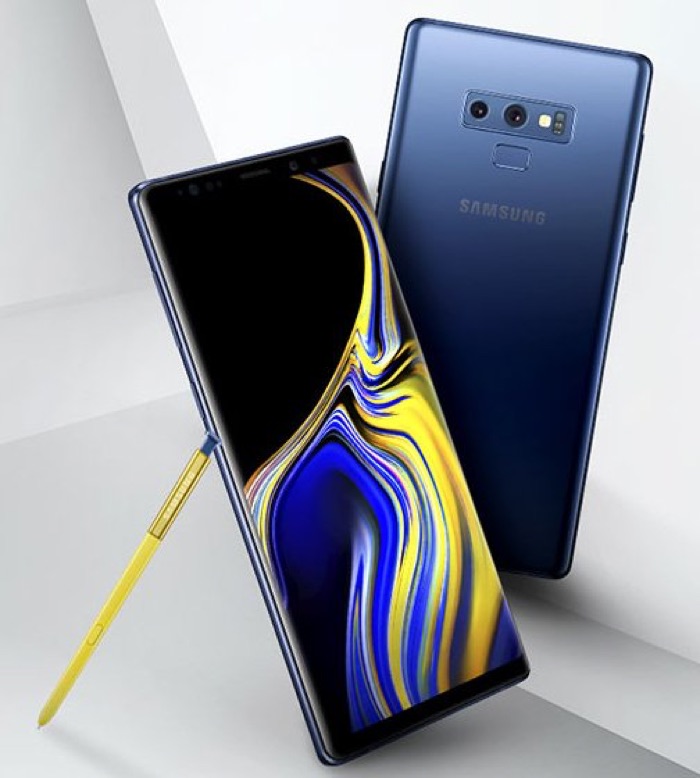 The Samsung Galaxy Note 9 was seen in some live photos recently and now a leaked press image for the handset has appeared online.

The picture of the Samsung Galaxy Note 9 was posted online by Evan Blass, so this is probably an official render from Samsung.

The device is rumored to come with a 6.3 inch OLED display and that will have a QHD+ resolution of 2960 x 1440 pixels. Processing will be provided by a choice of two processors.

One will include the Samsung Exynos 9810 and Snapdragon 845 depending on the country, there will be two models one with 6GB of RAM and the other with 8GB and 128GB, 256GB and 512GB of RAM. The handset will also come with two 12 megapixel rear cameras.

The handset will be made official on th 9th of August along with the new Samsung Galaxy Watch, the device is rumored to go on sale on the 24th of August.