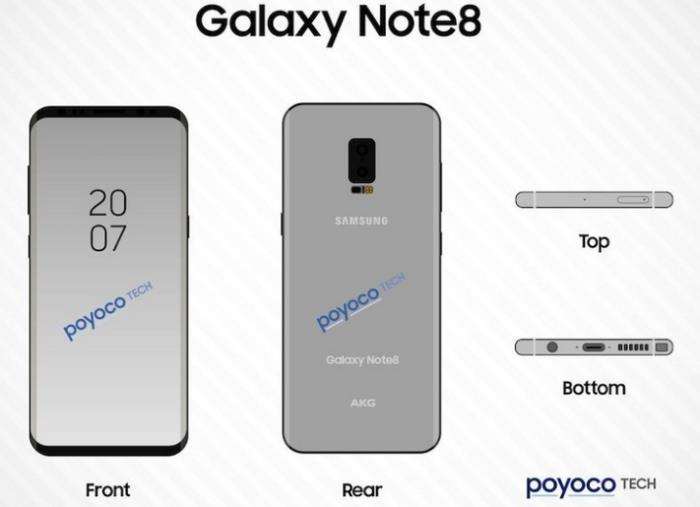 Samsung Galaxy Note 7 met its unfortunate end last year, but the company hopes to change the perspective of the customers and bring back the glory of the Note series with the Galaxy Note 8. The handset is set to launch later this year possibly at IFA 2017.

Recently, a press render of the purported Galaxy Note 8 was leaked on to the internet, but we’ll suggest you take it with a grain of salt as there’s no way to confirm its authenticity.

We’ve heard before that Samsung plans to use the Infinite Display introduced with the Galaxy S8/S8+ in the handset with dual cameras and an embedded fingerprint sensor on board.

As for the specifications, rumors suggest the handset will come with a Exynos 8895 processor paired with 6/8GB of RAM astereo speakers tuned by AKG as well as Bixby virtual assistant on board.

It remains to be seen how the company manages to pull off with the new Galaxy Note 8 as it has a big task on its hand to win back customers, especially after the Galaxy Note 7 debacle. We’ll update you as soon as we get to hear anything more about the alleged device.