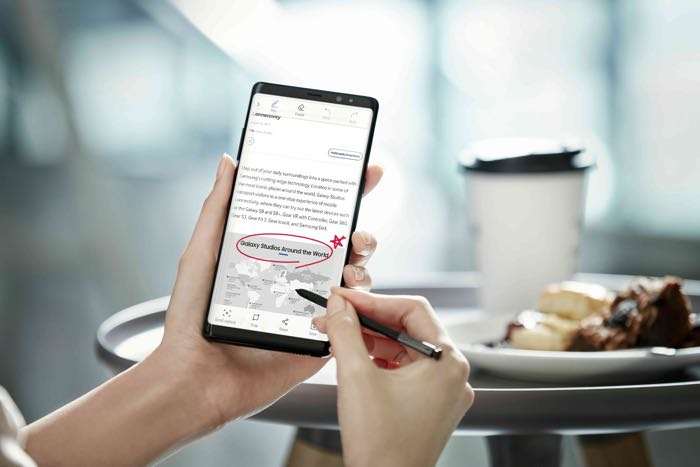 Samsung Galaxy Note 8 pre-registrations have opened up in India for customers who want to know about the availability of the handset.

Customers interested in the handset can head over to the company’s website and leave their contact information so they can know about the availability of the device in India.

Samsung Galaxy Note 8  features a 6.3-inch display sporting a resolution of 2960 by 1440 pixels, an Exynos 8995 processor paired with 6GB of RAM and 64GB of internal storage. The device also comes with a dual 12MP camera for photos and videos, a 3,300 MAh battery, NFC, WiFi, Bluetooth and 4G LTE, it features an iris scanner, facial recognition, fingerprint scanner and Android 7.1.1 Nougat as its operating system.

Previous rumors suggest that the pre-orders of the Galaxy Note 8 will commence on September 11th followed by its launch on September 15th. There’s no official word available from the Korean company about the launch of the device, but we’ll update you as soon as we get any other information.