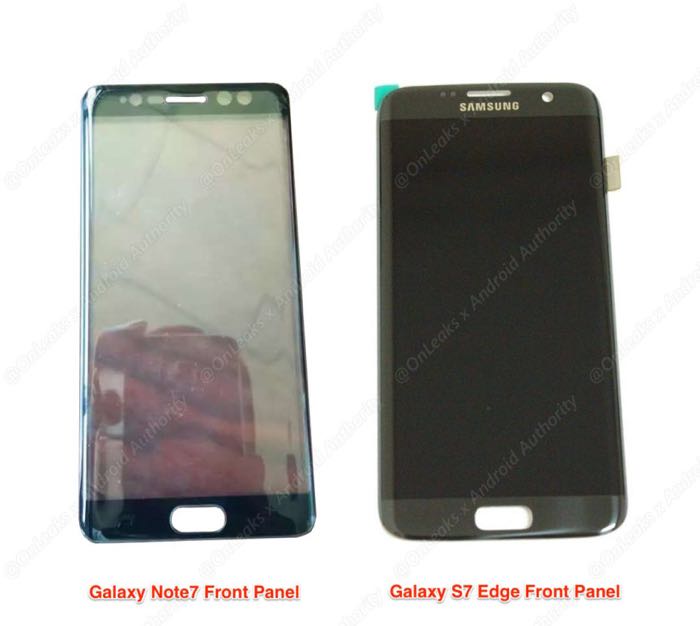 It looks like we have our first confirmation that the new Samsung Galaxy Note 7 will come with an Iris Scanner.

A photo of the front panel of the new Galaxy S7 and S7 Edge has appeared online and it appears to show the Iris Scanner on these new handsets.

The Samsung Galaxy Note 7 is rumored to come with a 5.8 inch display with a Quad HD resolution of 2560 x 1440 pixels, the handset will apparently be powered by a new Qualcomm Snapdragon 823 processor.