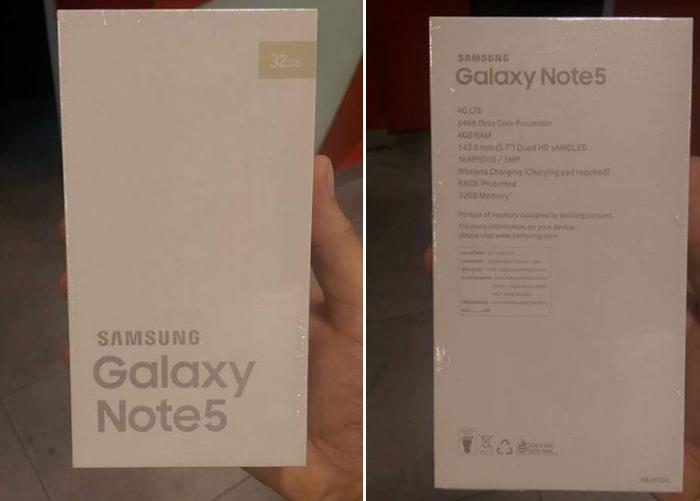 The back of the retail box also details the specifications of the upcoming flagship phablet from Samsung, which isn’t too different from what we’ve heard in the past few weeks. The handset is expected to come with a 5.7-inch display sporting a resolution of 2,560 by 1,440 pixels and is powered by a 64-bit octa-core processor paired with 4GB of RAM and 32GB of internal storage.

Other features includes 16MP rear camera for photos and videos, 5MP front-facing camera, 4G LTE connectivity, wireless charging and is expected to ship with Android 5.1 Lollipop pre-installed out of the box.

Samsung’s Unpacked 2015 event is just a few days away, and we’ll have more details about the launch and availability of the upcoming phablet.