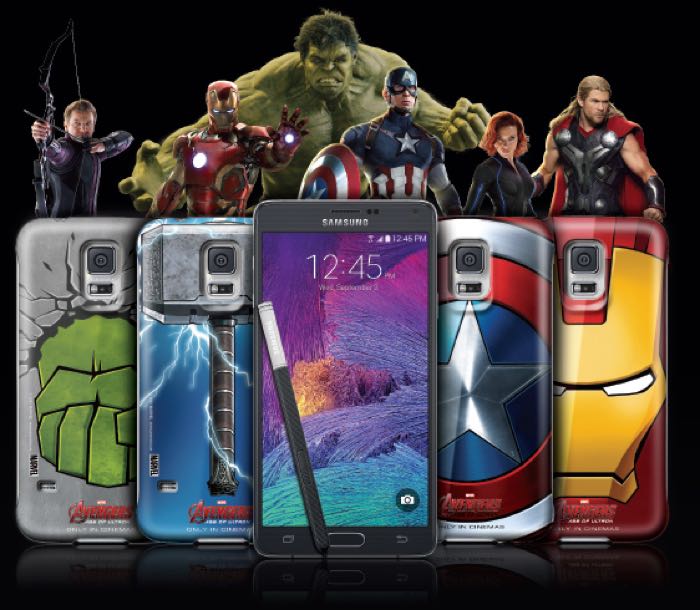 The Samsung Galaxy Note 5 is expected to launch later in the year and now it looks like Samsung is looking to boost sales of the Galaxy Note 4 before the new device launches.

Samsung is running a promotion in the US and is giving away four Avengers cases with the Galaxy Note 4 smartphone, this is only available in the US.

As a reminder, the Samsung Galaxy Note 4 comes with a a 5.7 inch Quad HD display with a resolution of 2560 x 1440 pixels and the device features a quad core 2.7GHz Snapdragon 805 processor, the device also comes with an Adreno 420 GPU and 3GB of RAM.

Other specifications on the Note 4 include a 3.7 megapixel front facing camera and a 16 megapixel rear camera, the device also comes with a choice of 32GB or 64GB of storage and comes with Samsung’s S-Pen.

You can find out more details about the Note 4 with the four limited edition Avengers cases over at Samsung at the link below.