The Samsung Galaxy Note 3 Olympic Games Edition comes with the same specifications as the existing model, and it will apparently be the official handset of the Sochi 2014 Winter Olympic games. 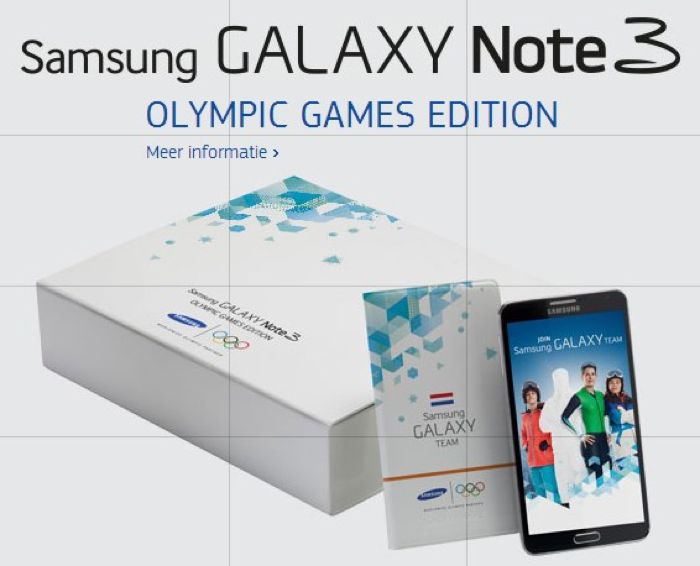 The handset is being sold in the Netherlands through mobile carrier KPN, and it is also expected to be available in the rest of Europe at a later date.

The handset will apparently be given out to officials and competitors in the 2014 Winter Olympic games.