Not too long ago, famed Twitter leaker tweeted about the availability of the Rose Gold edition of the Galaxy Note 3 on Verizon, after it made an official appearance in Korea.

It seems the rumor was correct after all as Samsung officially lists the Samsung Galaxy Note 3 in Rose Gold on its US website and will be exclusively available from the Big Red. 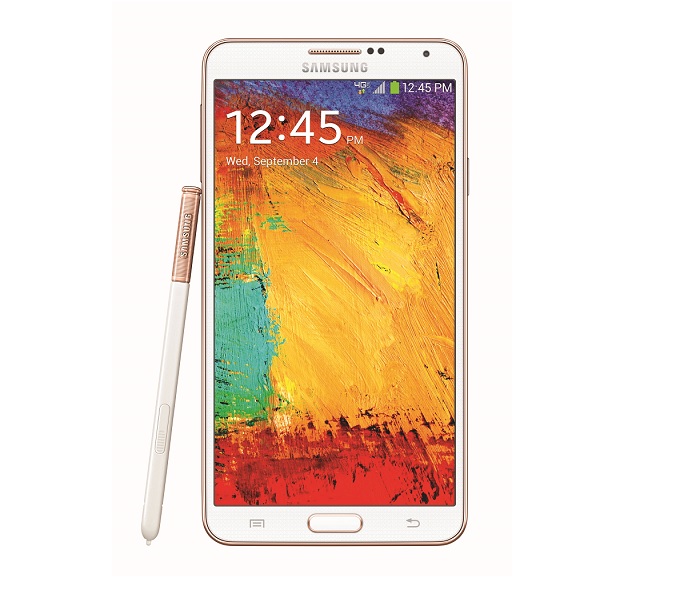 The listing on the Samsung website shows the white/gold version of the handset, which will hit Verizon. There are no differences in terms of technical specifications, and will come with the same 5.7-inch display rocking a 1080p resolution.

Under the hood, it’s powered by a quad-core Snapdragon 800 chipset clocked at 2.3GHz with Adreno 330 GPU and 3GB of RAM. Other features include 32GB internal storage that can be expanded via a microSD card of up to 64GB, 13MP rear camera for photos and videos, 2MP front-facing camera with full HD video recording capabilities, a massive 3,200 mAh battery and runs Android 4.3 Jelly Bean pre-installed out of the box.

There are reports circulating on the internet that Android 4.4 KitKat is rolling out for the handset in a few regions, but we’re not sure if it will hit the Verizon variant any time soon. We’ll update you as soon as it happens.

Are you going to get the Samsung Galaxy Note 3 in Rose Gold?