Samsung announced their new gold Samsung Galaxy Note 3 smartphone back in December, and now the company has announced that it is launching the handset in South Korea.

The rose gold Samsung Galaxy Note 3 will join the Merlot Red Note 3 in South Korea, and the handset will be available with three of the major mobile carriers in the country. 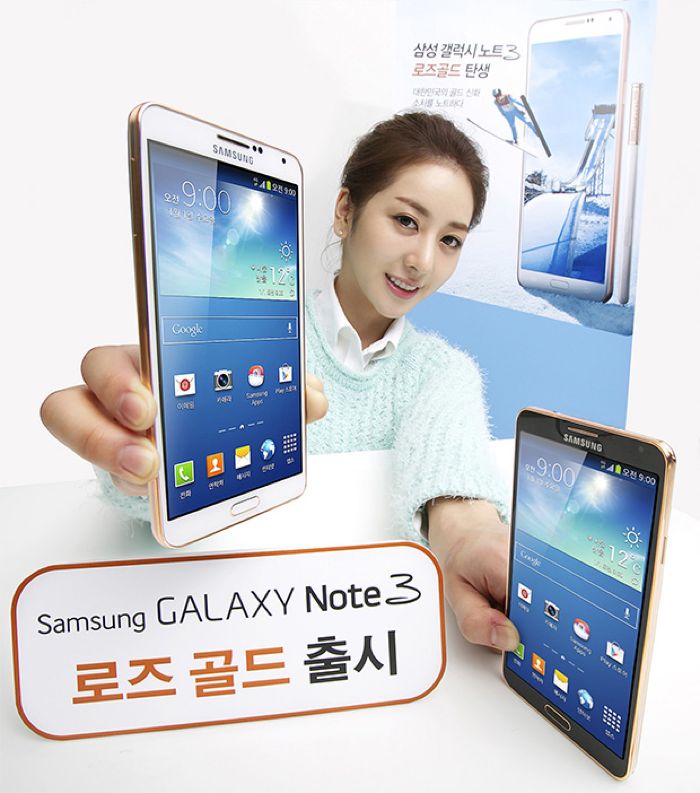 As a reminder, the Samsung Galaxy Note 3 features a 5.7 inch full high definition display with a resolution of 1920 x 1080 pixels.

The device is powered by a  2.3GHz quad core Qualcomm Snapdragon 800 processor it also comes with 3GB of RAM and either 16GB or 32GB of storage.

Other specifications on the Samsung Galaxy Note 3 include a microSD card slot which supports up to 64GB cards, plus front and rear facing cameras.

On the front of the gold Samsung Galaxy Note 3 we have a 2 megapixel camera for video calls, on the back is a 13 megapixel camera which comes with a range of advanced features like optical image stabilization.

The gold Samsung Galaxy Note 3 will be available in South Korea from next week, the handset is expected to retail for the same price as the existing models.