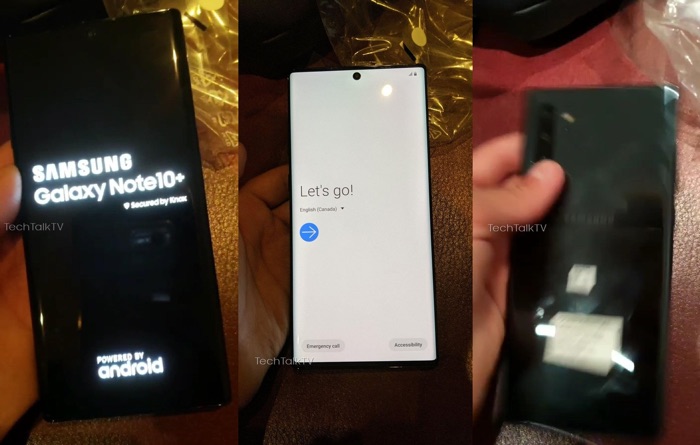 Some photos of the new Samsung Galaxy Note 10 smartphone have appeared online, the pictures were posted on Twitter by TechTalkTV.

The pictures give is a look at the design of the new Note 10 and there is also a video of the handset which you can see below.

Not the best pictures of the new Galaxy Note 10+ but we get a quick idea of the design of the device.

Here is the first look at the Samsung Galaxy Note 10+ It’ll be called the Galaxy Note 10+ and not the Note 10 Pro as previous rumors have suggested. https://t.co/YBqM4qZ6i3 pic.twitter.com/WwEClducEk

We are expecting three versions of the Samsung Galaxy Note 10 handset to launch this year, the devices are expected to launch some time in August, as soon as we get some more details on the handsets, we will let you guys know.