Yesterday we heard some specifications on the new Samsung Galaxy Mega On smartphone and now the handset has appeared in some benchmarks.

The Samsung Galaxy Mega On recently appeared in the AnTuTu benchmarks and the device will come with a Qualcomm Snapdragon 410 processor and 1GB of RAM.

Other specifications on the handset include an Adreno 306 GPU and a 5 inch display with a HD resolution of 1280 x 720 pixels. 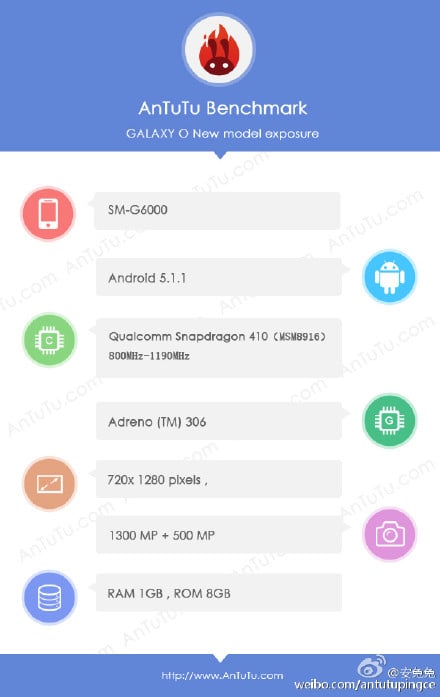 The device will come with a 5 megapixel front facing camera and a 13 megapixel rear camera, it will also come with 8GB of built in storage and Android 5.1.1. As soon as we get some more details about the handset, including some actual photos, we will let you guys know.