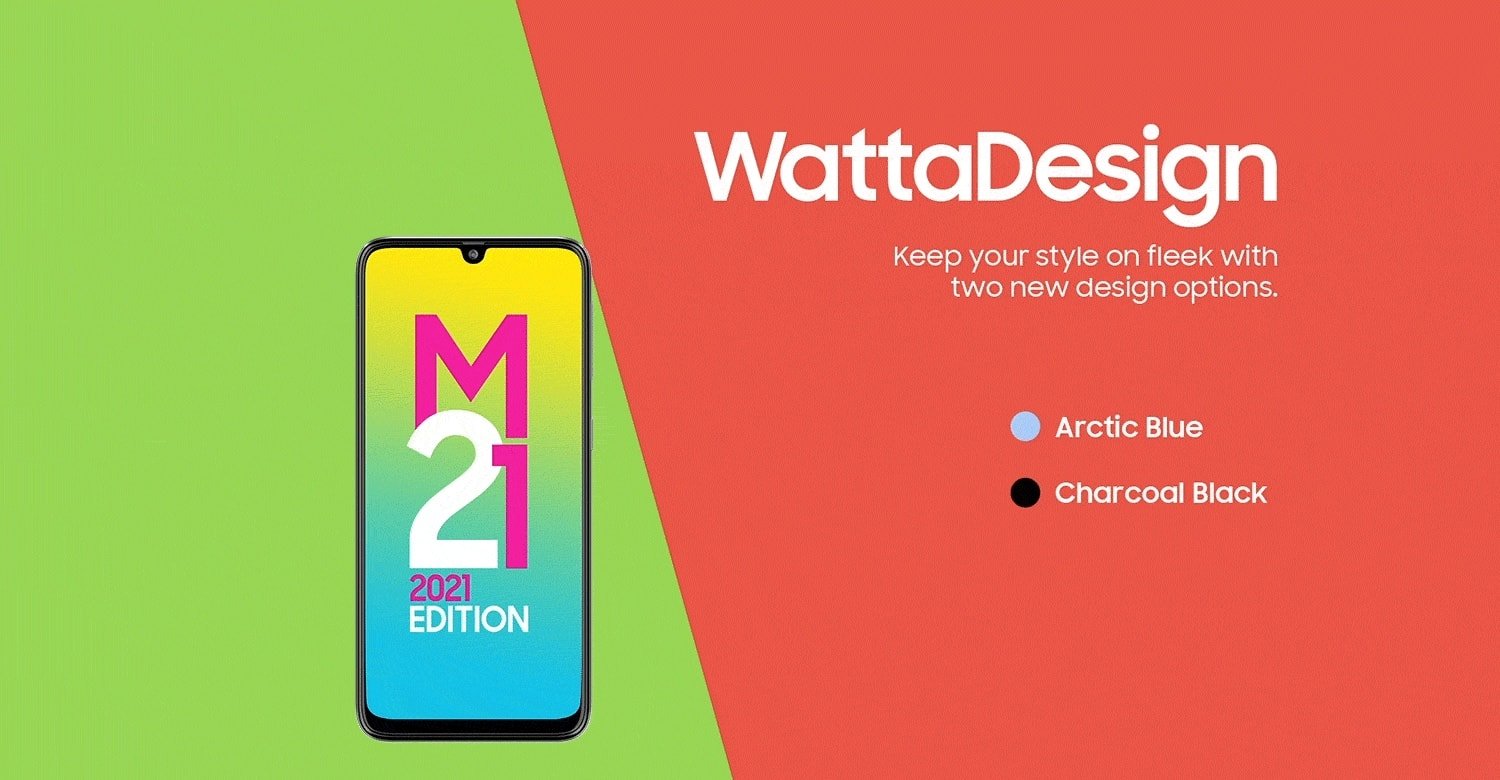 Samsung will be launching a new smartphone next week, the Samsung Galaxy M21 2021 the handset it launching on the 21st of July.

The handset will be launching on Amazon in India next week as part of Prime Day and some of the devices specifications have been revealed.

The new Samsung Galaxy M21 2021 with a 6.4 inch Super AMOLED display that will come with a Full HD+ resolution.

The handset will come with a 6000 mAh battery and i will feature fast charging, it will have a range of cameras inckude a 48 megapixel GM2 camera on the back with two other cameras. These are rumored to be an 8 megapixel ultrawide camera and a 5 megapixel depth camera

Those are the only specifications that have been confirmed so far, the device is expected to be powered by a Samsung Exynos 9611 mobile processor and it should be available with different RAM and storage options.

On the front of the handset we are expecting a 20 megapixel camera which is designed for making video calls and taking Selfies.  The device will come in a choice of two different colors Arctic Blue and Charcoal Black.

As yet there are no details on how much the new Samsung Galaxy M21 2021 will retail for, we will have more details when it is made official.