We recently heard some details about the new Galaxy M20 smartphone and now another handset, the Samsung Galaxy M10 has been spotted.

The Samsung Galaxy M10 recently appeared on the Geekbench benchmarks and this has revealed some details about this new handset.

The new Galaxy M range of smartphones is expected to replace Samsung’s Galaxy On series of devices. The Samsung Galaxy M10 is listed on Geekbench with the model number SM-M105F. 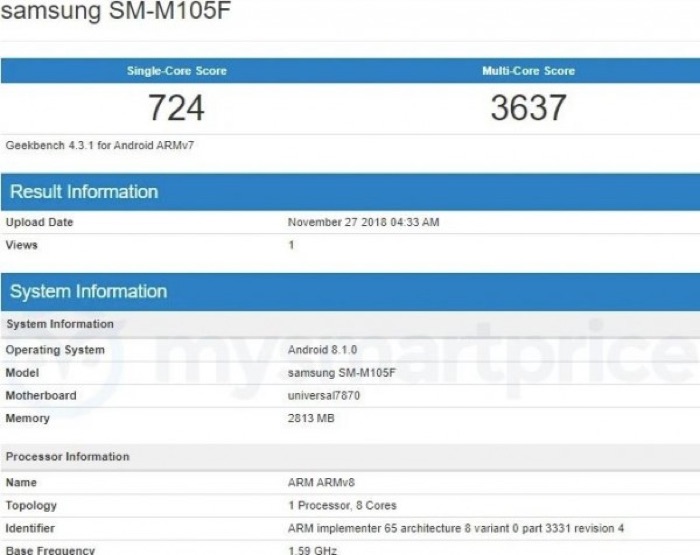 The handset will come with a Samsung Exynos 7870 processor and it will feature 3GB of RAM, the device will also come with Android 8.1 Oreo. It will apparently be available with two storage options, one with 16GB the other with 32GB.

As yet there are no details on when Samsung will launch its new Galaxy M range of handset, as soon as we get some more information, we will let you guys know.