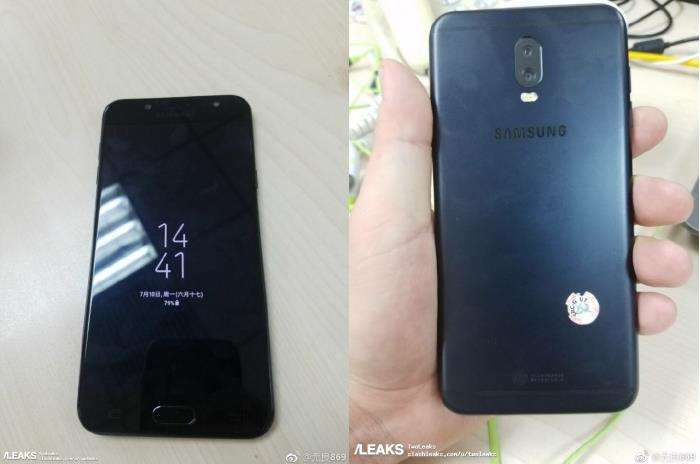 Over the past few weeks, we’ve heard quite a lot of rumors that Samsung is apparently working on a dual-camera setup for some of its upcoming devices, including the Galaxy Note 8, Galaxy C10, Galaxy J7 (2017) and the Galaxy C7 (2017).

Recently, some images of what is believed to be the upcoming Galaxy J7 (2017) were leaked giving us a glimpse of the dual camera setup on the device.

As it can be seen from the images, the device has a Samsung logo with a dual-camera and a LED flash on top of it. The design language isn’t too different compared to other Samsung devices, but at least there’s one change which was not available before. Several other manufacturers have already released devices with dual-cameras and it’s good to see that the Korean manufacturer is now jumping on the bandwagon.

There’s no word about the specifications of the handset, but if it’s coming in the next few weeks, we’re pretty sure the rumor mill will do its part before the handset is officially released. We’ll update you as soon as we get to hear anything more about the alleged device.