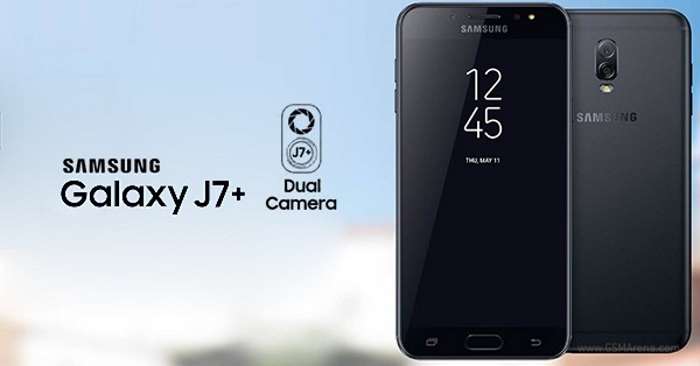 Over the past few days, we’ve heard quite a lot about the upcoming Galaxy J7+ which is expected to come with a dual-camera setup on board.

The handset is expected to launch as Galaxy J7+ and it was recently leaked in Thailand where it will launch in the coming weeks.

As it can be clearly seen in the image, the handset poses with a dual-camera setup comprising of a 13MP f/1.7 snapper and a 5MP f/1.9 second unit. Additionally, there’s a 16MP front-facing camera on board as well. There’s a 5.5-inch display sporting a resolution of 1920 by 1080 pixels with an octa-core processor and 4GB of RAM on board. Additionally, there’s a 32GB of internal storage with a microSD card slot, a 3,000 mAh battery, dual-SIM support, and will launch in Black, Gold and Pink options.

There’s no word on pricing or the exact availability details available at the moment. We’ll update you as soon as the handset is officially launched by the company.