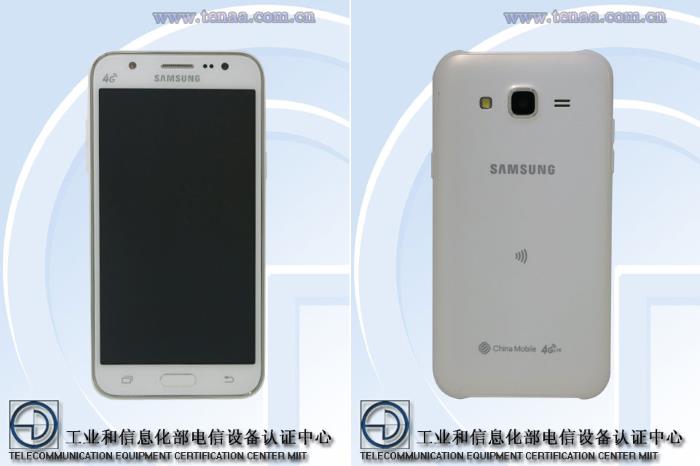 Samsung is rumored to expand its product portfolio in the coming weeks, including the Galaxy J5. The alleged device was spotted in benchmarks recently, revealing the set of specifications the handset will bring at the table.

Both handsets were also spotted in Bluetooth certification, and recently, both Samsung Galaxy J5 and Galaxy J7 were spotted on TENAA as well.

Both handsets cater the mid-range segment of the market. The Galaxy J5 boasts a 5-inch display sporting a resolution of 1,280 by 720 pixels as well as a quad core 1.2GHz Qualcomm Snapdragon 410 processor paired with 1.5GB of RAM and 8GB of internal storage 12 megapixel rear camera, a 2,600 mAh battery, a 5 megapixel front facing camera and is expected to ship with Android 5.0.2 Lollipop as its operating system.

As for the Samsung Galaxy J7, the alleged device comes with a 5.5-inch display, a 1.4GHz Marvel PXA1936 processor paired with 1.5GB of RAM, 16GB of internal storage, a 13MP camera for photos and videos, 5MP front-facing camera, a 3,000 mAh battery and will also ship with Android 5.0.2 Lollipop as its operating system.

There’s no word about the launch of the handsets from Samsung, but judging by the set of leaks, it seems both handsets may see the light of the day in the coming weeks.