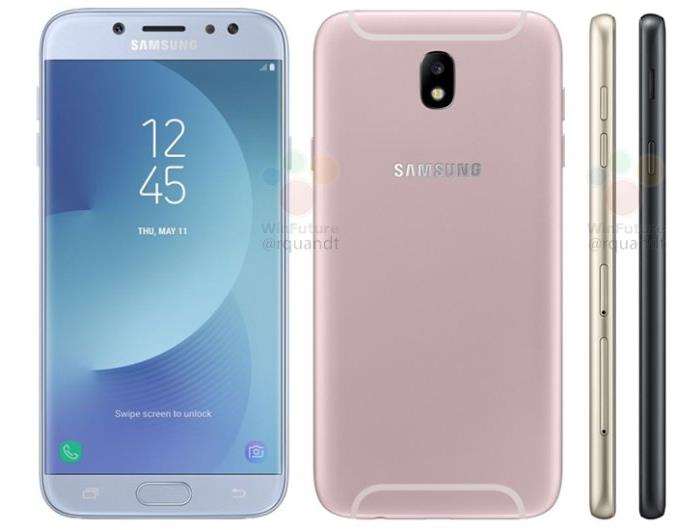 Over the past few weeks, we’ve heard quite a lot about Samsung’s upcoming J series smartphones, including the Galaxy J5 and Galaxy J7 (2017). Rumors hint at the launch of the handsets in June and we’ve seen reports hinting at 22nd June.

According to a new report, the alleged Samsung Galaxy J5 (2017) is set to launch on later today. There’s no official word about this report, but it remains to be seen if the company officially unveils it today.

Rumors suggest the handset will come with a premium metal design, featuring a 5.2-inch display with a 720p resolution with an octa-core 1.6GHz processor, 2GB RAM and 16GB storage. Furthermore, the handset is expected to come with a dual-SIM support, NFC, Bluetooth 4.2, a fingerprint sensor, a 2,600 mAh battery and Android 7.1 Nougat as its operating system out of the box. Color options include pink, gold, blue and black.

The product listing was spotted on Amazon France reveals that the handset will come with a 279 Euro price tag when its officially announced by the company.