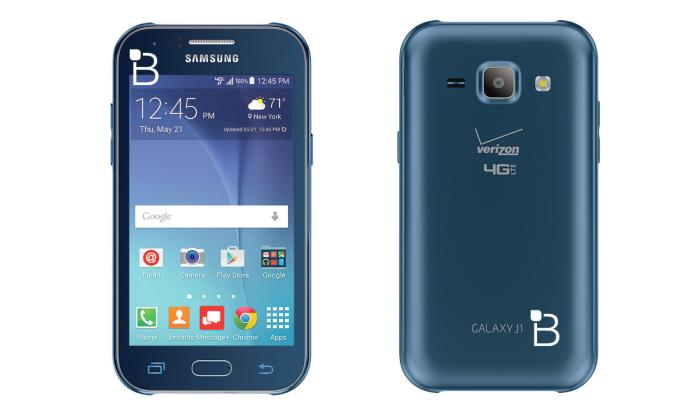 Samsung Galaxy J1 launched as a budget-friendly handset in several developing markets, but it’s yet to make an appearance at any major U.S. carrier.

However, it seems things may change in the future as Verizon is expected to launch the handset for its customers.

The folks at TechnoBuffalo managed to get their handset on the Galaxy J1 press renders with the traditional Verizon branding on the back of the handset, hinting at it’s launch on the Big Red. As we said before, it’s a low-end device, which features a 4.3-inch display sporting a resolution of 800 by 480 pixels with a dual-core 1.2GHz processor.

The handset also features 512MB of RAM, 4GB internal storage coupled with a microSD card slot for extra storage, 5MP rear camera for photos and videos, 2Mp front-facing camera, dual-SIM support and ships with Android 4.4 KitKat as its operating system out of the box.

There’s no word from Verizon about an exact availability detail or pricing, but we’re pretty sure it’s not going cost a whole lot of cash. We’ll update you as soon as we get to hear anything more about its launch on the Big Red.