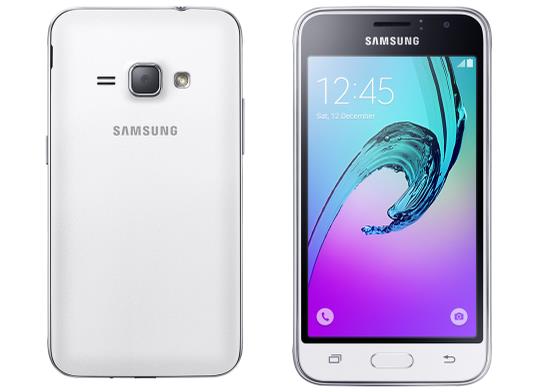 Samsung is reportedly working on the successor of the budget-friendly Galaxy J1 smartphone. Previously, we heard what the handset may bring at the table, and now we know how the handset will look like.

Recently, some images of the upcoming Galaxy J1 (2016) made their way on to the internet, revealing the design and color options of the handset.

The alleged device will apparently hit retail in three color options: black, white and golden. As for the specifications, it will come with a 4.5-inch display, instead of a 4.3-inch one which was present in the original Galaxy J1, with a resolution of 800 by 480 pixels. The handset will come with an Exynos 3457 quad-core processor with 1GB RAM and 4GB of expandable storage.

Other features includes a 5MP camera for photos and videos, 2MP front-facing camera, and will ship with Android 5.1.1 Lollipop as its operating system out of the box.