The Samsung Galaxy Indulge comes with Android 2.2 Froyo, a 3.5 inch TFT LCD display and a three megapixel camera, plus a slide out QWERTY keyboard. 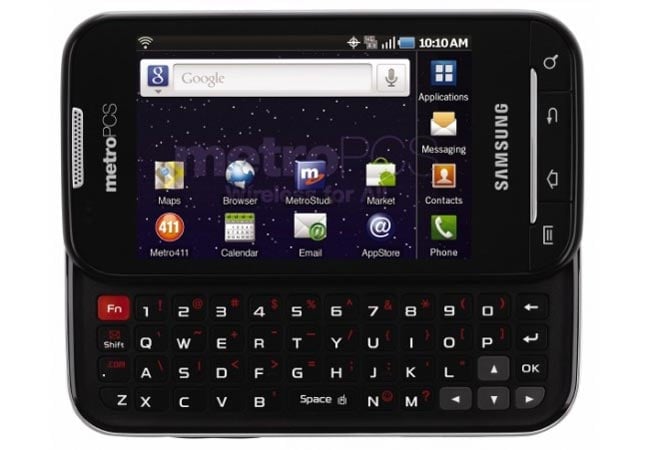 Processing is provided by a 1GHz processor, there is also a microSD card slot which can take up to 32GB cards, although it comes bundled with a 4GB card.

The Samsung Galaxy Indulge will be available from MetroPCS for $399.99 later this week.