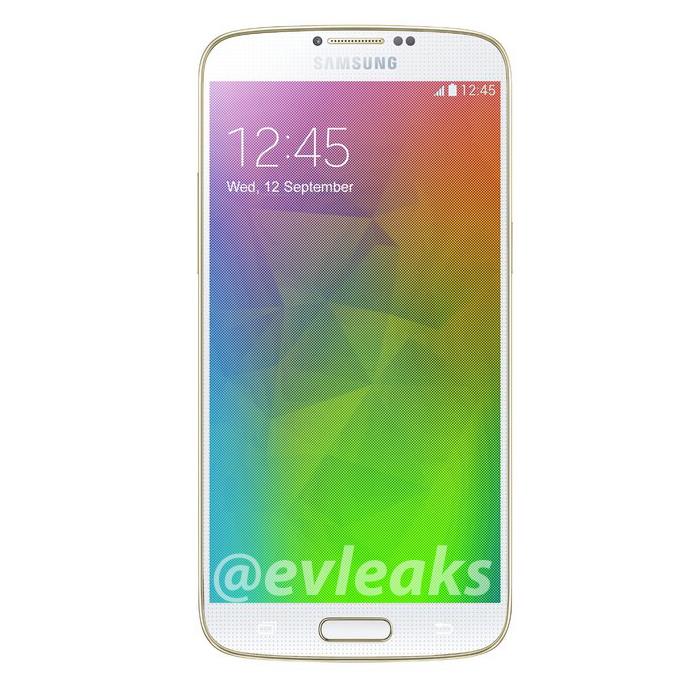 The well-known @evleaks posted a few press rendeers of the alleged Samsung Galaxy F in glowing gold, and he’s back with some more. Recently, he posted another press render of the purported Galaxy F in “glowing gold” color, showing us the front side of the handset.

Rumors suggest the alleged handset will come with a 5.1-inch display sporting a resolution of 2560 x 1440 pixels, and should come with a quad-core Snapdragon 805 SoC with 3GB of RAM and Adreno 420 GPU on board. On the storage side, it’s expected to come with 16GB of storage, with a microSD card slot with support of up to 128GB.

The alleged handset should come with a 16MP ISOCELL camera, as well as a 2MP front facing camera. Other rumored features include WIFI, NFC, Bluetooth, a 2,800 mAh battery and should come with Android 4.4.2 KitKat. One of the main reasons the rumor mill is focusing so much on it is because it’s expected to come with a metallic design similar to the LG G3, which may turn out to be a big change for Samsung.

There’s no confirmation from Samsung about its existence, but we’ll update you as soon as we hear anything about the purported device.