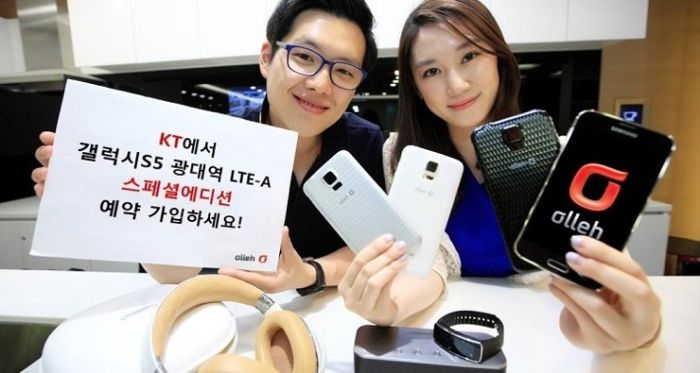 Last week Samsung announced their new Galaxy S5 LTE-A smartphone, and now the company has announced a new special edition version of the device, this one will be South Korea only unfortunately like the one announced last week.

The Galaxy S5 LTE-A Special Edition comes with the same specifications as the standard model of the LTE-A S5, but it features a new rear casing, which you can see in the photos above and below.

The Samsung Galaxy S5 LTE-A Special Edition comes with a 5.1 inch QHD Super AMOLED display with a resolution of 2560 x 1440 pixels, the device is powered by  a quad core Qualcomm Snapdragon 805 processor with a clock speed of 2.5GHz. 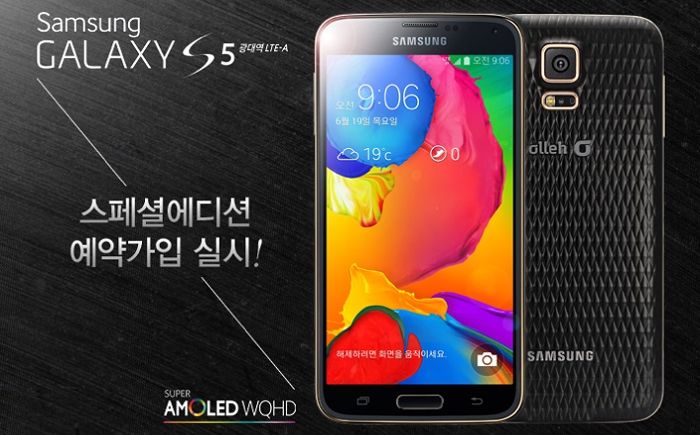 Other specifications on the handset include LTE-A which offers download speeds of up to 225Mbps, plus 3GB of RAM and 32GB of built in storage, there is also a microSD card slot for expansion.

The handset is equipped with a 16 megapixel rear camera and a 2.1 megapixel front facing camera, it comes with Android 4.4 Kit Kat.

We are expecting Samsung to launch the Galaxy F at IFA 2014 in September, as soon as we get some more information about when they handset will be available, we will let you guys know.