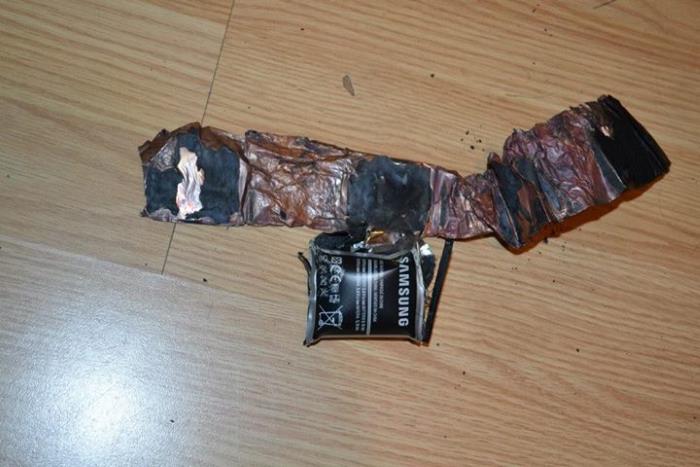 Smartphones catching fire or exploding is not new. We’ve seen several cases reported over the past few years, some caught fire while others just melted in the pockets of the users.

A similar case was reported recently when a computer science student, Hope Casserly, was awakened by a small explosion where her Samsung Galaxy Ace 2 exploded and caught fire during the whole incident.

“My back was to the phone and ah — I saw a light going across my shoulder, which would be the inside of the battery on fire. It hit the wall and fell onto my bed,” she told CBC. “I realized it was a fire and so I half sat up and put out the fire with my pillow … looked over and realized there was another fire and put that out with my pillow again and … turned on all the lights to see what happened.”

She said her smartphone was not plugged in, and was not charging when the incident took place. She said the battery of the smartphone caught fire and exploded with the battery, and the casing flying off in two different directions.

Upon investigation, Samsung mentioned the customer was using an unauthorized battery, but Casserly claims she was using the original battery which came with the device. Samsung has issued a new phone to Casserly, but she says she’s too scared to use it

This is not the first time we’ve heard a Samsung device catching fire, a similar case was reported in Hong Kong when a Samsung Galaxy S4 caught fire, burning down the entire apartment.