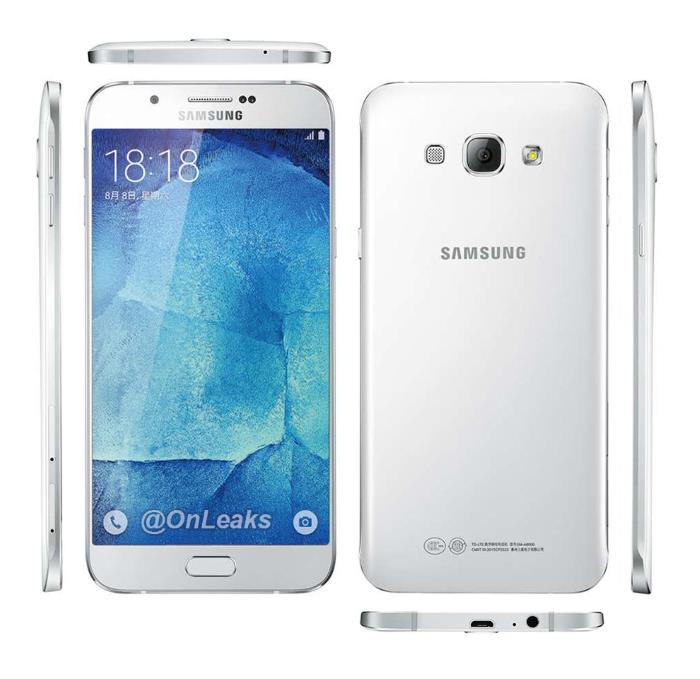 We’ve seen a handful of leaks related to Samsung’s upcoming handset, the Galaxy A8. Yesterday, the handset was spotted on Zauba, an imports tracking website in India, where the handset has landed for testing.

Now, the popular Twitter leaker OnLeaks has revealed what appears to be a press render of the Samsung Galaxy A8.

The device is expected to come with a decent set of specifications, featuring a 5.7-inch display sporting a resolution of 1,920 by 1,080 pixels with a Snapdragon 615 processor, 2GB of RAM and 32GB of internal storage. Other features includes a 16MP rear camera for photos and videos, a 5MP front-facing camera, 3,050 mAh battery and ships with Android 5.1 Lollipop as its operating system.

As for the pricing, a Vietnamese retailer has listed the device for VND 10,990,000, while a promotional leaflet leaked from Malaysia suggest it will carry a MYR 1,888 price tag in the country.