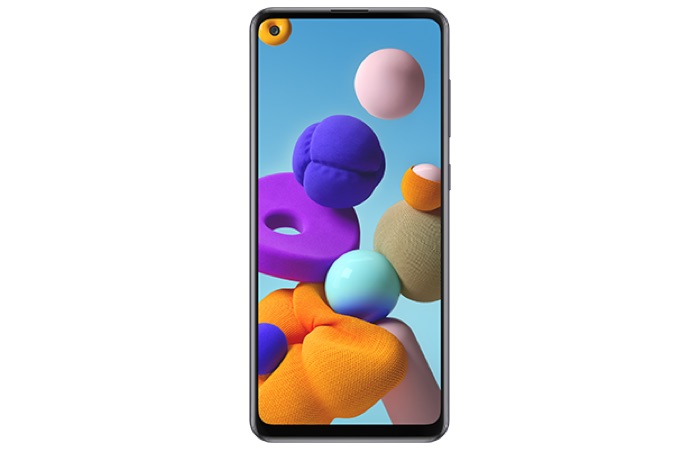 It looks like we have some more information on the new Samsung Galaxy A21 smartphone, the picture above appears to be an official press render of the handset.

The device will apparently comes with a 6.5 inch display, the exact resolution is not know as yet, it could be FHD or FHD+.

The handset will apparently comes with a MediaTek Helio P35 mobile processor and also 3GB of RAM, it will be available in a choice of two storage options, 32GB or 64GB.

The handset will feature a range of cameras including a 13 megapixel front facing camera for Selfies, on the back there will be a triple camera setup with one 48 megapixel camera, one 8 megapixel and one 2 megapixel.

The handset comes with a 5000 mAh battery and it will also come with NFC and a fingerprint scanner. As yet there are no details on when the new Samsung Galaxy A21 will launch, as soon as we get some more details we will let you guys know.