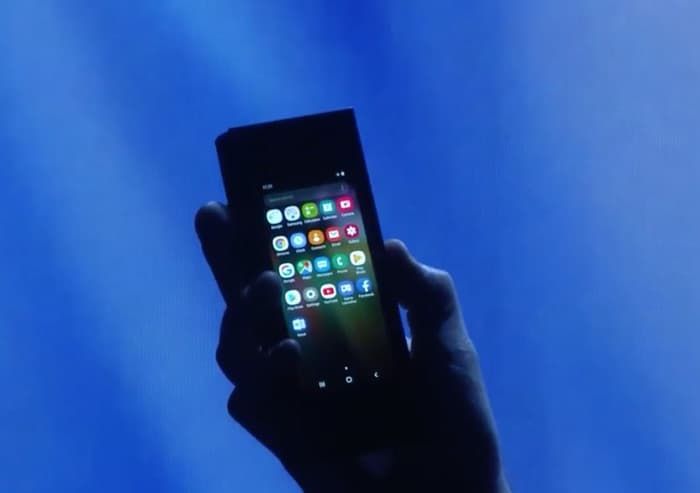 Earlier today we heard that the new Samsung Foldable Smartphone could go on sale some time in March, the handset is expected to be made official at Mobile World Congress in February 2019.

Now it looks like we have some possible pricing for the device, according to Yonhap the handset could retail for $1,770 or 2 million won in South Korea.

This would tie in with what we heard previously about the handset costing up to $2,000 when it launches in 2019.

Samsung briefly showed off the device at their developer conference last week, the company did reveal some of the specifications about the handsets displays.

The Samsung Foldable Smartphone will have a large 7.3 inch display that can be folded in half, this display will have a resolution of 2152 x 1536 pixels. When the device is folded a secondary display is used, this measures 4.6 inches and comes with a 1960 x 840 pixel resolution.

As yet we do not know what processor and how much RAM the handset will come with, as soon as we get some more details about the device, we will let you guys know.