The Samsung Curved OLED TV was first unveiled backing CES at the beginning of the year as a prototype but at the time Samsung refused to speculate on any launch date or price. 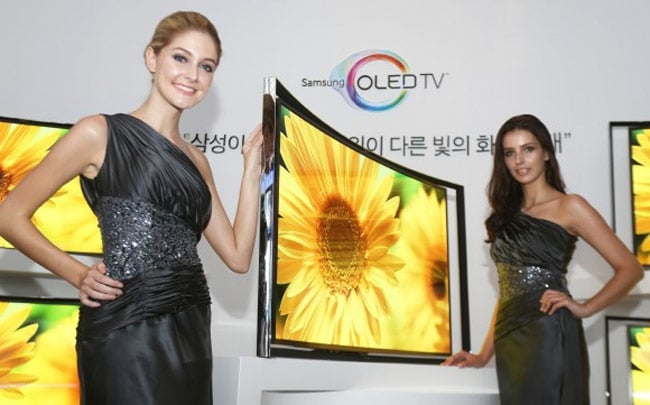 However it now seems that Samsung have been hard at work transforming their Samsung curved OLED TV prototype into reality and started manufacturing the device for its retail launch this week. The Samsung curved OLED TV is now available for around $13,000 and provides you with a 55 inch curved screen to enjoy.

The new Samsung Curved OLED TV isn’t the first curved TV to hit the market and follows behind LGs new curved display which was launched in Korean stores a few months ago.

The new Samsung Curved OLED TV is now available in South Korea priced at 15m won exactly the same as LGs curved TV offering. Unfortunately no information on worldwide availability has been released as yet by Samsung, but as soon as information comes to light we will keep you updated as always.