Samsung has launched a new version of its Galaxy Note 10.1 LTE in South Korea in time for Valentines Day, the Samsung Galaxy Note 10.1 Garnet red edition, and the only change to the device is the new color scheme.

The Samsung Galaxy Note 10.1 LTE is now available in South Korea and Samsung also plan to launch the device in other countries so we will probably see it in the US and Europe shortly. 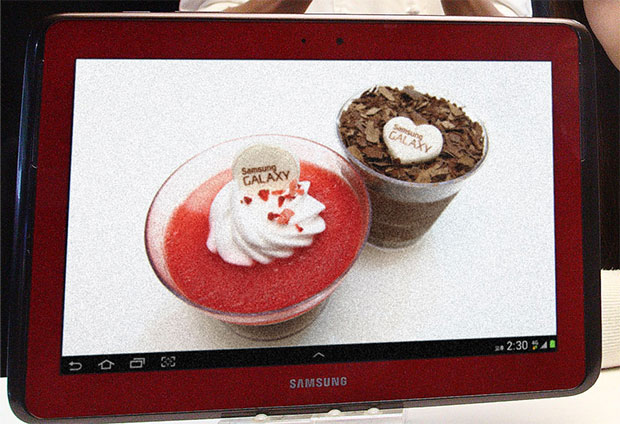 The Samsung Galaxy Note 10.1 LTE comes with VoLTE support and features a 10.1 inch inch display with a resolution of 1280 x 800 pixels and it is powered by a quad core 1.4GHz Exynos 4412 processor.

There is also a choice of between 16GB and 64GB of built in storage, and it comes with 2GB of RAM and a microSD card slot, plus Bluetooth 4.0 and a 7,000 mAh battery.