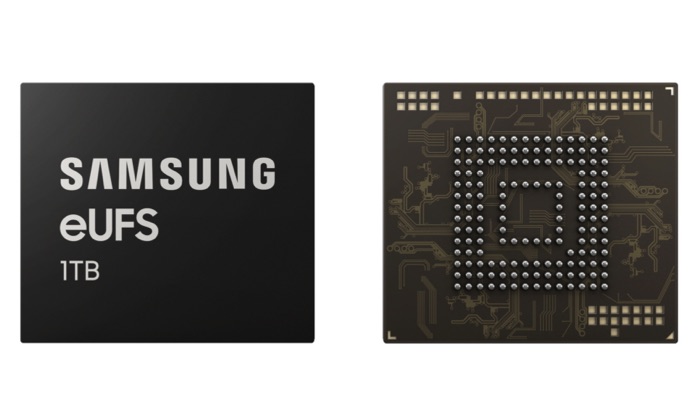 There have been rumors that the new Samsung Galaxy S10 Plus would come with up to 1TB of built in storage and now Samsung has announced their new 1TB eUFS smartphone storage.

Samsung Electronics, the world leader in advanced memory technology, today announced that it has begun mass producing the industry’s first one-terabyte (TB) embedded Universal Flash Storage (eUFS) 2.1, for use in next-generation mobile applications. Just four years after introducing the first UFS solution, the 128-gigabyte (GB) eUFS, Samsung has passed the much-anticipated terabyte threshold in smartphone storage. Smartphone enthusiasts will soon be able to enjoy storage capacity comparable to a premium notebook PC, without having to pair their phones with additional memory cards.

“The 1TB eUFS is expected to play a critical role in bringing a more notebook-like user experience to the next generation of mobile devices,” said Cheol Choi, executive vice president of Memory Sales & Marketing at Samsung Electronics. “What’s more, Samsung is committed to assuring the most reliable supply chain and adequate production quantities to support the timely launches of upcoming flagship smartphones in accelerating growth of the global mobile market.”

It will be interesting to see if Samsung uses this new 1TB mobile storage in their new Galaxy S10 handsets, the devices will be made official next month.