In the past few weeks, we’ve heard so much about the gigantic Samsung Galaxy Note Pro that is expected to come with a 12.2-inch screen size, along with a bunch of other Galaxy Tab Pro tablets. 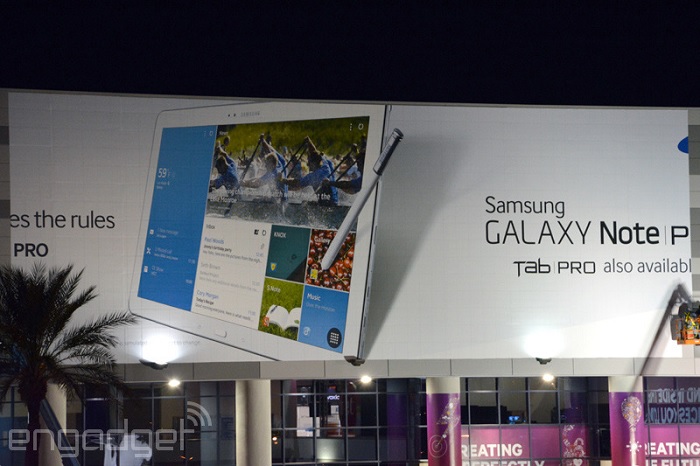 The banner doesn’t reveal what we could expect from the oversized tablet, except stylus support. Based on past rumors, Samsung Galaxy Note Pro is expected to come with a 12.2-inch display sporting a resolution of 2560 x 1600 pixels with a quad-core Snapdragon 800 SoC under the hood clocked at 2.3GHz.

Other features include 3GB of RAM on board, 8MP rear camera, 2.1MP front-facing camera, WiFi, Bluetooth, 32GB internal storage (possibly with a microSD card slot for extra storage) and is rumored to come with Android 4.4.2 KitKat pre-installed out of the box.

Samsung’s CES press conference will take place tomorrow where we’re expecting the Korean OEM to unveil its range of tablets. Stay tuned, we’ll update you with all the latest happenings from CES 2014.