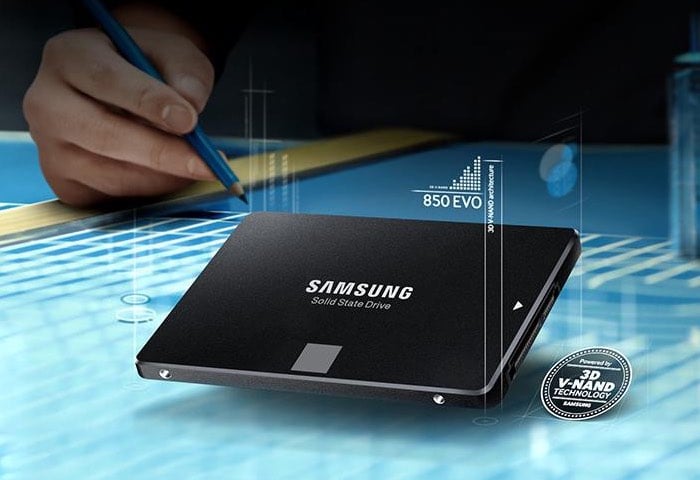 Samsung has this week dropped the price of its Samsung 850 EVO 4TB SSD down to just $1499 throughout the US, providing an easy way to massively upgrade your on-board storage.

The massive 4TB of super fast solid state drive (SSD) sure to provide anyone with enough space to collect their media, documents, games and applications in one place but forget it might be worth purchasing to to make sure you backup your data just in case the worst should happen.

The Samsung 850 EVO 4TB SSD is now available at a sale price from websites within the US such as adorama.com and consists of 3D TLC (3 bit) V-NAND flash and is capable of sequential read and write speeds of 540 and 520 MB/s, respectively.

Random read and random write speeds go up to 98,000 and 90,000 IOPS, respectively. As for the controller, it uses a similar MHX controller to the one used on the 2TB model. Samsung lists the 4TB 850 EVO drive as having an endurance rating of 300 TBW, which is actually identical to the 2TB model. As far as power consumption goes, the drive is claimed to draw a maximum of 3.1W for read and 3.6W for write operations. At idle, it draws a mere 70mW, while in Device Sleep Mode, that number goes down to 10mW.

For more information and full specifications on the newly priced Samsung 850 EVO 4TB SSD drives jump over to the links below.